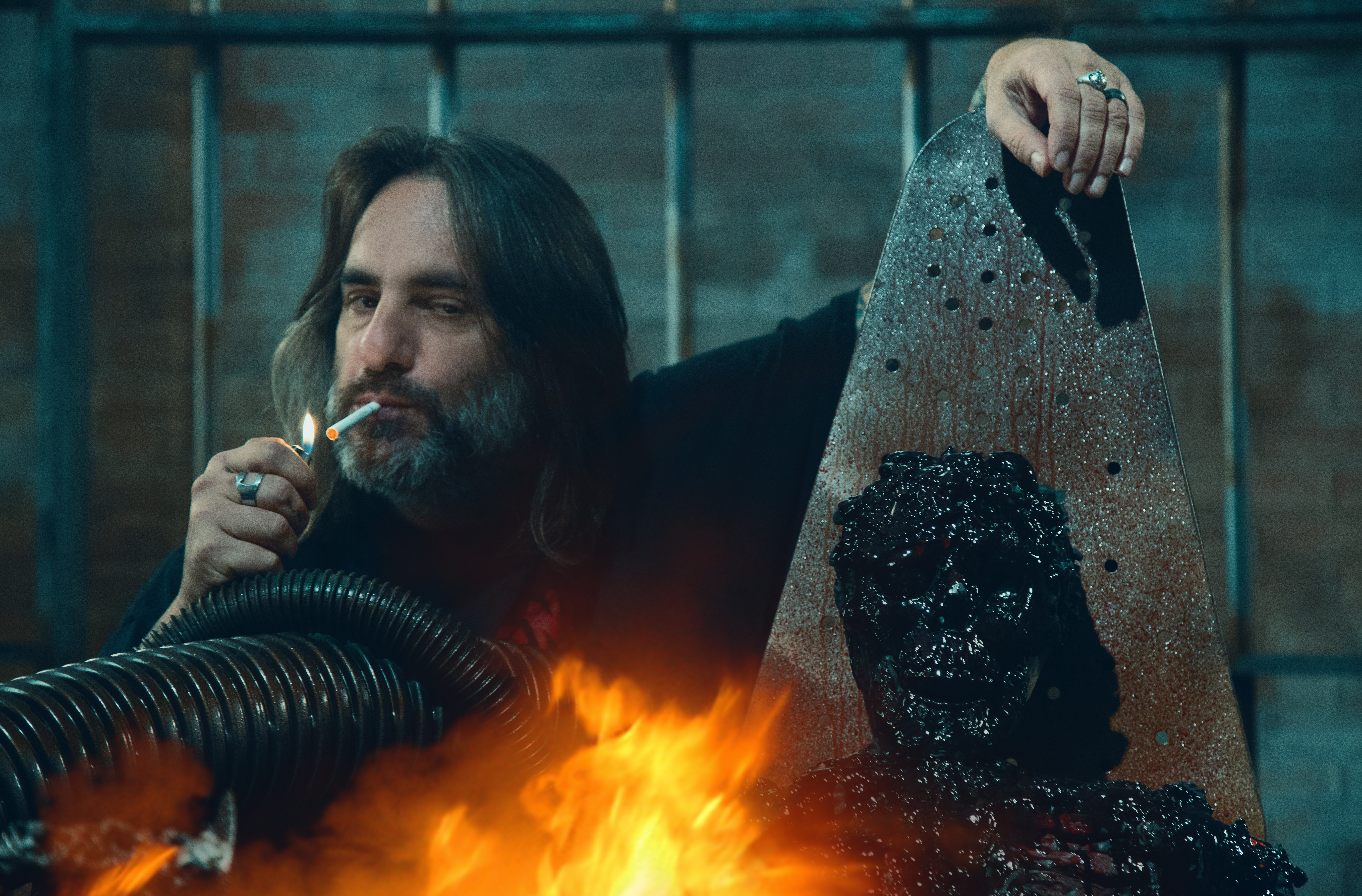 “James Bickert may well be the single best filmmaker in the contemporary US microbudget indie exploitation scene. The writer, director, producer and editor certainly isn’t the most prolific in his field, having made three films in the past decade (on top of his four earlier credits from the late 1990s, none of which I’ve seen), but this limited filmography has established a level of artistry and a distinct auteur identity that very few others working on his level have come close to. 2011’s Dear God No! was easily the best film to come out of the glut of neo-exploitation efforts in the wake of Tarantino and Rodriguez’s Grindhouse, and 2016 sequel Frankenstein Created Bikers – while perhaps a little too ambitious for its own good – further cemented Bickert’s uniquely trashy sensibilities.”
AMAZON HOT BOX (2018)

“It should be fairly clear that I love this film. It takes pieces of different sub-genres of Exploitation films and weaves them together into a truly insane and depraved work of art. Whether you like the classic women’s prison films, Nazisploitation, a touch of zombies, or just explosions and degeneracy, there is something here for every type of Exploitation fan. As I said earlier, I knew going in that I would be a fan of this film. James Bickert’s work shows true love to the Exploitation genre and everything it includes. I’ve been a fan of Tristan Risk and Ellie Church’s for several years now and knew their performances would be off the wall deliciousness. For those reasons alone I was incredibly excited for this release. As an added bonus, this film has made me a fan of Kelsey Carlisle and I’m now really looking forward to where her work will take her. All in all, this is an awesome film that has proven to be a strong addition to the Exploitation genre and proven that James Bickert is absolutely the undisputed king of the contemporary Exploitation scene. Also, it is just so deliciously depraved.”
AMAZON HOT BOX – DELIGHTFULLY AND DELICIOUSLY DEPRAVED

“This movie isn’t as horror-centric as his others; however, I do feel like genre fans and fans of his work will have a great time with it. I don’t see Bickert as a full blown horror director anyway. He is a modern day exploitation filmmaker, that obviously has a great love for the obscure cult classics that many of us grew up with. I love seeing the way he modernizes plots and creates comedic situations out of stuff that probably disturbed us when we watched the original films in our younger days.”
FILM REVIEW: Amazon Hot Box

“Amazon Hot Box is a batshit crazy mix of ideas, tossing together women in prison sleaze with spy film hijinks and Italian horror-influenced zombie gut munching, that all somehow gels into a fairly coherent whole while still containing the WTF factor that exploitation films are known for. I’m not sure how they pulled it off, but it all works due to the commitment of a cast filled with a veritable who’s who of indie horror talent who take all the craziness seriously. The film does a great job of using its talented cast to twist and break your expectation of what to expect from the characters.”
Film Review: Amazon Hot Box

“In a world full of imitators, remakes, and re-imaginings, James Bickert dares to challenge genre cinema and redefine exploitation for a new generation. A true King of Sleaze, Bickert and company have succeeded in delivering films that tackle everything from rape revenge, Sasquatch, zombies, biker-exploitation, women in prison, and nunsploitation – in only three of his most recent films. His latest creation, Amazon Hot Box, is the women in prison, jungle exploitation spin on his tried and true method of gore, laughs, and nudity. The film plays as a quasi-sequel to his previous films, Dear God No! and Frankenstein Created Bikers, upping the ante all while placing comedy front and center. The culmination of it all delivers Bickert’s best film yet, a bold, sex-filled story of violence and mayhem.”
AMAZON HOT BOX Film Review

“Amazon Hot Box is one hell of a fun movie involving banana republics, undercover agents, filthy and lawless prisons, voodoo experimentation, and much, much more. There’s so much glorious madness going on in this movie that is handled perfectly by writer and director James Bickert. The film is a fast paced and highly entertaining nod to schlock 70’s cinema that is bursting off the screen with filthy color and no shortage of eye candy. ”
REEL REVIEW: Amazon Hot Box 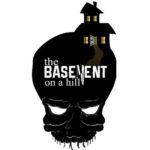 “The women-in-prison genre is much more vast and sprawling than the casual viewer might realize. I won’t sit here and give you a history lesson or anything, but I do want to point out that the number of women-in-prison films in existence is in the hundreds at the very least, but that genre has all but died out. Enter madman James Anthony Bickert, a women-in-prison superfan. In an attempt to pay homage to the genre he adulates while also creating a wholly unique entity, he bequeathed unto us: Amazon Hot Box”
Featured Film: Amazon Hot Box (2018) 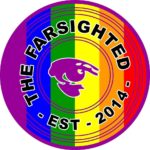 “Genre fans are always bitching that nothing original ever comes out, here is your chance to see something new and original! This film is chocked of gals, guns and pure excitement. Every year, I watch tons of movies that boast “you will never see anything like it”. Believe me, there is nothing out there like Amazon Hot Box and there never will be. This is pure fun made for the movie going audience that rarely gets this kind of treat. Its blend of humor and sleaze is both exciting and charming… don’t miss your chance to see your favorite movie of 2018.”
James Bickert Returns with Amazon Hot Box

Thank the grindhouse gods! The Impalers are back from the dead and badder than ever, in writer/director James Bickert‘s new film “Frankenstein Created Bikers”. The horror genre has seen more than its fair share of throwback homages to the days of drive-in, exploitation flicks, over the last few years, but few if any have done it as well as Bickert. He delighted horror hounds with “Dear God No!”, back in 2011, and he returns in even finer form for the sequel. READ MORE

(4/21/17) FRANKENSTEIN CREATED BIKERS (2016) (BLU-RAY/DVD REVIEW) [Zombies Don’t Run] I waited for a long time to see the sequel to Dear God No, Frankenstein Created Bikers. I feel that next to Astron 6’s Father’s Day and Drew Bolduc/Dan Nelson’s The Taint, that James Bickert’s Dear God No was one of the very best indie horror films to come along in about a decade. So to say that Frankenstein Created Bikers had some big shoes to fill is a bit of an understatement. Now having seen it for myself, I’m happy to report that those shoes are more or less filled. READ MORE

Atlanta-based filmmaker James Bickert made a splash some years back with a scrappy, obsessive and joyously-perverted 16mm bikersploitation romp called Dear God No!, a film filled with rape, murder and fetishized imagery that was less one of those dreaded “throwback” indie movies and more just an explosion of Bickert’s love of gutter trash blown out all over the screen like a freaky art installation.

While Dear God No! was a fun stunt, a neato one-shot expansion of its creator’s persona, the last thing anyone expected was a sequel and yet that’s exactly what Bickert has given us in Frankenstein Created Bikers. Getting his mitts on acres of unwanted 35mm film stock, Bickert and his colleagues/cronies at his fledgling collective Big World Pictures went the route of Bikersploitation pioneers American International Pictures (AIP) and came up with a title (a nod to both the Roger Vadim film And God Created Woman and the Hammer quote Frankenstein Created Woman) and a killer poster. When there was enough social media interest, Bickert launched a crowd-funding campaign and successfully cobbled together the modest (for a 35mm project) budget and pushed the picture into production. And we’re glad he did.

Frankenstein Created Bikers is demented and epic and even more depraved than its predecessor; a bacchanalia of bouncing bare breasts, bushy beards, stylized smut-speak, spilled blood and body fluids and so many nods to trash cinema’s past that I’m surprised Bickert didn’t get whiplash. Maybe he did. Taking place not that far after the fiery climax of Dear God No!, the film sees the macho and murderous outlaw biker crew The Impalers back in action, even though they were, y’know, dead when we last saw them. The mad doctor from the first film has brought them back from the grave and, a la Herbert West, has hooked their rotting bodies on reagent, their addiction keeping them at the mercy of the sick scientist who himself is also addicted to the drug. The Human Centipede II‘s Laurence Harvey plays a Peter Lorre-esque sidekick who gets off on petty tortures like dumping buckets of thumb tacks into the basement prison where poor, endlessly-screaming Ellie Church and other captive women are kept, themselves tools in the good bad Doc’s mad schemes to bring his undead, decapitated daughter (Madeline Brumby) back to full feminine form. If you’re a filmmaker reading this and have ever wanted to helm a remake of The Brain That Wouldn’t Die, stop dreaming right now. Bickert beat you to it. READ MORE

(3/6/15) EXCLUSIVE: Director James Bickert Gives Us an Inside Scoop on FRANKENSTEIN CREATED BIKERS [The Daily Grindhouse]